The paper aims to present my research project – which is and approximately the next few years also will be in-progress. The object of the research is storytelling in very long movies with a focus on Hollywood cinema. But why just Hollywood if we would find a lot of very long films across different cinematic traditions?

From the perspective of national cinemas, we can talk about the traditions of very long films, for example in Japanese cinema, in Russian cinema, in Hungarian cinema, in Italian cinema or - in a particular way - in Indian cinema. From the perspective of poetics, we can consider the traditions of using very long narratives in international art cinema, such as in Andrey Tarkovsky’s films, Bela Tarr’s films, Jacques Rivette’s films and others. There is also a strong poetic tradition of epic historical narratives like GENROKU CHUSHINGURA (1941), SHICHININ NO SAMURAI (1954), NOVECENTO (1976) or SIBIRIADA (1979).

But what precisely the very long film is? And to what degree it represents a more or less specific category in thinking of not just Hollywood storytelling? More specifically, if Hollywood storytelling's main aim is to be maximally comprehensive, continuous, unified and consuming, then which narrative principles are being followed in very long films of that tradition? 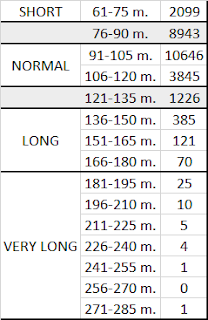 Very long films are these with more than 180 minutes... which means more than three hours of projection duration.

Although it seems to be arbitrary, actually it is not.

The concluding table (left) sheds light on the possible borders between films with short duration, normal duration, long duration, and very long duration.
Without respect to historical shifts, the Hollywood film's normal length is the length up to 120 minutes. Nevertheless, concerning historical changes, we can observe an inclination to prolong the normal length up to 136 minutes on one side. On the other side the declination of films that are shorter than 90 minutes.

Yet, the most important on the table is the clear and significant shift at three hours in length. 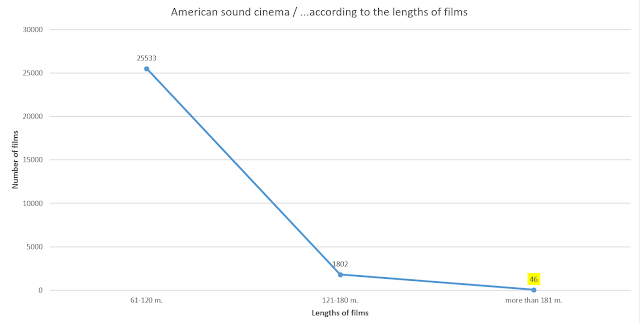 At this moment we know what very long films are and that at least statistically they represent a specific category of Hollywood films. On the contrary, we can find many different kinds of aberrations in cinematic history or cinema storytelling. So - why is just this one worthwhile, let alone interesting for research?

The answer is fairly easy; mostly, they are not just more or less unimportant, eventually more or less experimental departures. Mostly they are important, significant and famous. I claimed before that Hollywood storytelling's main aim is to be maximally comprehensive, continuous, unified and consuming. At least in this aspect, these forty-six very long films seem to be Hollywood-like because they follow the principle, and most of them are very successful in that.

Those movies' successfulness is evident because plenty of them are the most notable films of Hollywood history: economically, technologically and artistically. Four of them are in the top ten domestic grosses adjusted for ticket price inflation. Eleven of them are in the top two hundred and fifty on IMDb. Nine of them are part of the list of one hundred best American films, set up by the American Film Institute. Almost half of them are part of the popular book “1001 movies you must see before you die”. That probably doesn't mean much, but at least it implies that (a) they were popular at their times and they are popular now as well, (b) they are part of institutional “the best of” lists and they are part of popular “best of” lists as well. Not all of them, but a remarkable number of them… and I suppose you are familiar with many others of them, how you can judge from the list of all of the very long American films below. 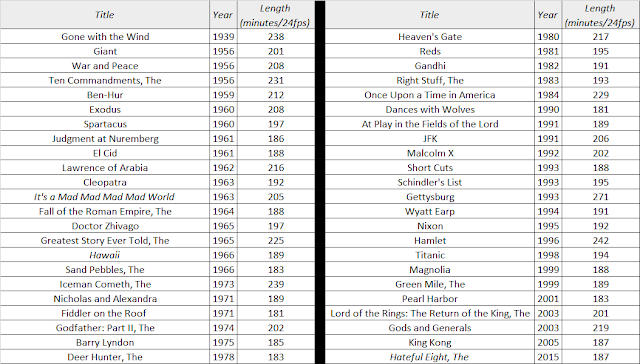 We know what very long films are and we know that they represent a worthwhile group of movies that are both deviating and significant for the understanding of Hollywood cinema. Nevertheless, today's most important question is: Would it be beneficial to analyze and explain them as a storytelling phenomenon?

In other words, in an echo of what I said before: If the main aim of Hollywood storytelling is to be maximally comprehensive, continuous, unified and consuming – and very long films aimed for this too – then which narrative principles of that tradition are being followed in very long films?

We have learnt quite a lot about these principles in the case of fewer than three hours long Hollywood films. Film scholars David Bordwell and Kristin Thompson through their careers, analyzed hundreds and hundreds of them. They discovered that at least since 1917, most Hollywood films share the same set of narrative principles and aesthetic norms which represent paradigmatic axe of preferred creative possibilities for Hollywood filmmakers.\1 These observations were discovered bottom-up based on careful analyses of films – not top-down through applying predetermined premises. In other words, they had been looking for the set of actually preferred creative choices of filmmakers; set of artistic ways overlapping genres, trends or authorial poetics.

As a narrative phenomenon, for Bordwell and Thompson, the Hollywood cinema is highly standardized. According to them, in the centre of Hollywood narrative stays psychologically defined and active protagonist with at least one main goal. That is developed through causal actions at the narration level as a process, and through the stable and balanced structure of narrative acts with specific functions. The most important unit of such a narrative is a scene – spatiotemporally closed, but causally opened; the plot's whole is deeply connected and directed mostly through two causal lines: the private one and the professional one. The significant role plays causal motivation of motifs, whereas this kind of narrative system aims to broader ambitions which I mentioned before: comprehensibility, continuity, unity, and attractiveness.

According to Bordwell’s and Thompson’s research, we can assume that most of up-to-three-hours Hollywood films seem to be more or less following the same set of sketched principles of narrative patterning.

Yet I can say about very long films in Hollywood cinema up this moment of my research two critical remarks:

(1) In aggregation, those very long films don't follow the same set of organizing large-scale narrative principles, and they seem to be more divergent than convergent.

(2) In aggregation, they also do not seem to be following an equal set of Hollywood aesthetic norms of small-scale narrative principles, which Bordwell and Thompson described.

But as I said before, the very long films apparently are Hollywood films in their broad narrative and artistic aiming. Most of them are very successful in their goal to be comprehensible, continuous, unified and consuming.


So which likely alternative principles are followed by these films and do those films represent the comparable set of aesthetic norms like shorter ones? That is an object of my following research, and I could choose between two different ways to conduct such an investigation.

The first possible way is the top-down way. We have a concept of traditional Hollywood narrative - and we can ask how certain aspects of very long films differ from the already known narrative models and how they do not. But I chose the second way, the bottom-up way. We should deeply analyze all the very long films carefully scene by scene. Thanks to that, we will uncover and explain how they tell stories and create fictional worlds. Thus, we will be able to find out how they direct our attention through their vast structures, their narrative outlines, their narrative processes, their more or less complex and rich fictional worlds. And on the other side, we can ask, to what degree and how exactly they make an effort to be a Hollywood storytelling. As far as I have already realized, there will be various alternatives in all of these aspects. 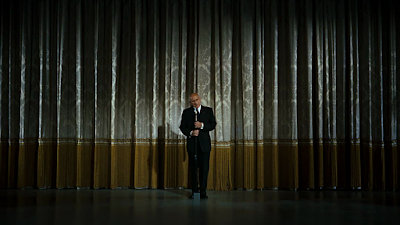 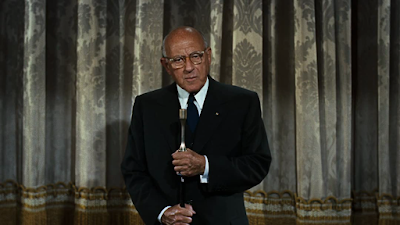 Film THE TEN COMMANDMENTS is so-called roadshow spectacle – it has overture music, intermission music, exit music and entr’acte, and also it has an introduction of Cecil B. DeMille, the director and the producer of the film (see above). He offers a kind of manual of what we can – as viewers – expect from the movie. It is a surprisingly communicative tactic – which is not usual in other very long films.

At first sight, the film is externally (with the help of Intermission) divided into two big narrative blocks. In the first part, we follow Moses's change from prominent Egyptian via Jewish slave to exile a man with a new family and new life. Nevertheless, in the very last scenes of the first part, Moses meets God and realizes his destiny is to be God's tool in escorting Jews from Egypt to Canaan. The film's second block is about executing this plan and struggles on their wandering from Egypt to Canaan. But that is a very superficial explanation of almost four hours long storytelling because its particular narrative tactics are much more intelligent.

On the first hand, each of these two blocks is internally divided into ca. 30-40 minutes long sections with their own goals and separate lines of narrative action. On the other hand, there is a significant change in a global structuring of the fictional world. The most apparent is the tactic of changing of two main characters: Moses and Rameses. In the first block, Moses and his rival Rameses are causally highly active characters with a substantial impact on their world. But in the second block, both of them become very passive characters and just following more powerful characters: God on the one side and mostly Nefertiri on the other one. Moreover, Moses's passive obedience to God is so vital and narratively crucial that his wife and son disappears from a surprisingly significant part of the second block's plot.

And what about the GIANT? GIANT has a very different large-scale structure as well as small-scale structure. Yes, in both cases - THE TEN COMMANDMENTS and GIANT - we can speak about several big blocks, but their relationship is much more complex in the latter one. Moreover, GIANT has no external communicative dividing into self-conscious separate blocks with an intermission.

We can see the well-considered thematic and temporally virtuous work with microworlds of characters, subworlds around them and the fictional world as a whole instead of primarily causal structure. Just these complex tactics of worldmaking make GIANT so different from much more straightforward THE TEN COMMANDMENTS.

This sketchy juxtaposition of two narrative constructions becomes even more interesting when comparing these two films with other ones. With WAR AND PEACE, which stays somewhere in between these two tactics. With BEN HUR (1959), which varies THE TEN COMMANDMENTS just at first sight. With much older GONE WITH THE WING (1939) which establishes such a complex fictional world only with the one love triangle pursued across years.

And what about JUDGMENT AT NUREMBERG (1961), LAWRENCE OF ARABIA (1962), THE GODFATHER: PART II (1974), THE DEER HUNTER (1978), GANDHÍ (1982), ONCE UPON A TIME IN AMERICA (1984), JFK (1991) or SHORT CUTS (1993)? None of them sincerely follows the set of so-called classical Hollywood principles, but they are a part of the so-called classical Hollywood tradition. Moreover, they were shot in particular historical conditions, which means another set of important research questions about why.

So, we should understand which principles, practices and tactics they actually share and which they don't – and what actually makes them part of the tradition. After that, we will be probably prepared to put this fascinating tradition of very long films into an international context. I hope that my research finally will be able to help with that. 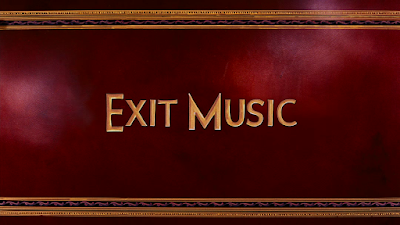 PS: There was a funny moment for me when one colleague asked me kindly during a discussion to the panel if I ever thought about analysing television serial narratives because there could be similarities. Well, I did. 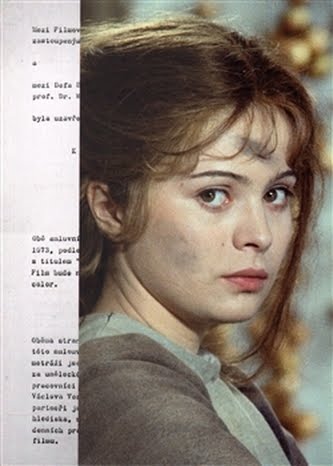 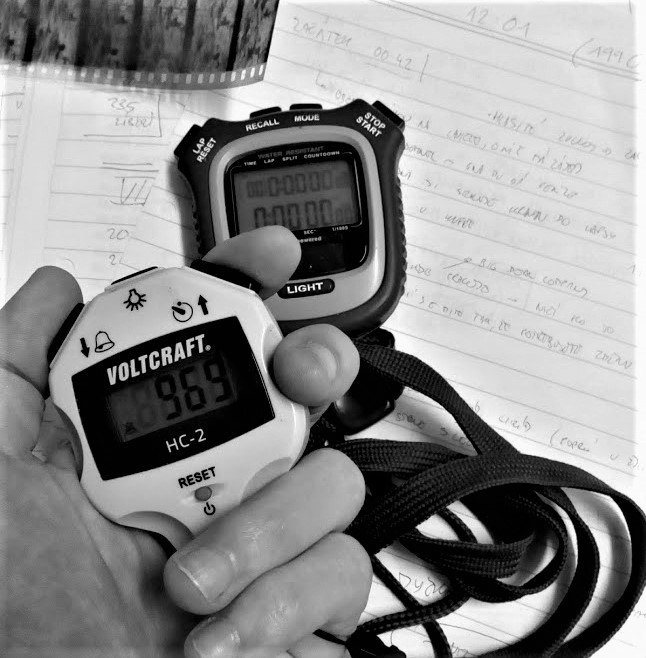 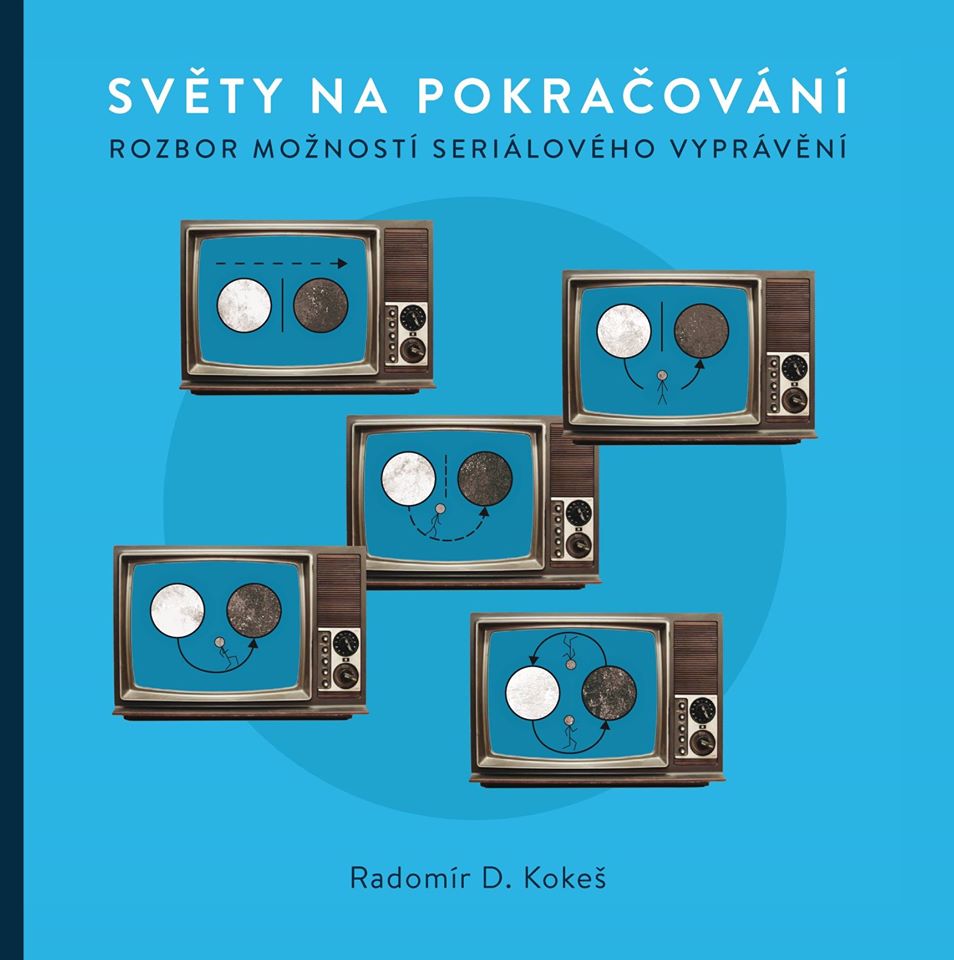 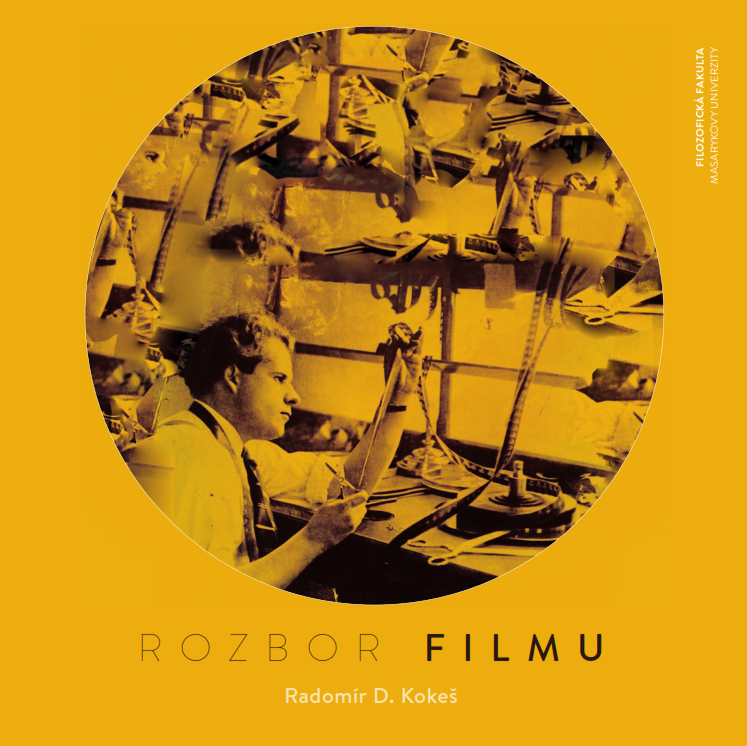 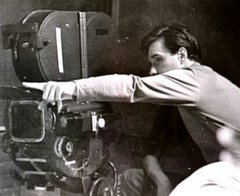